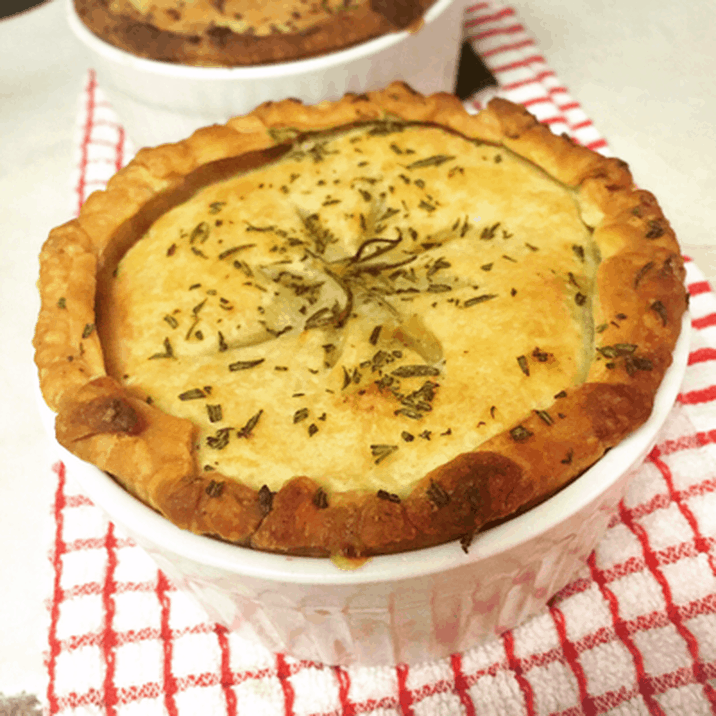 This pot pie is from my cookbook Vegan Cooking for Carnivores by Roberto Martin, I have made many recipes in this book but this is one I had been putting off, due to the fact that it had Gardein patties in it, making it a little less healthy.

This recipe took a few times to get right. Practice makes perfect. The pie crust was a bit challenging because I’ve never worked with pie crust before, another challenge was that I never had pot pie ever so I didn’t know what it tastes like or if I would like it. I usually shy away from any frozen veggie and prefer fresh but this recipe has frozen peas and carrots and tasted perfect. There could be a few modifications to make this recipe a bit healthier but all and all it was pretty tasty and I got no complaints. Roberto’s recipes never disappoint. 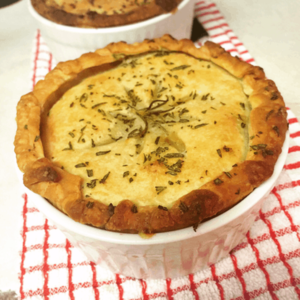 Roberto Martin
I hope you enjoy this vegan comfort food as much as I did.
Print Recipe Pin Recipe
Course Main Course
Cuisine American
Servings 6 Pies